During an artist in residence stay in Norway in September / October 2014 I experienced the so-called lemming year. It was with mixed feelings, and I asked myself questions about the role of these small mammals in the ecosystem.

In a research study published in 2012 in Nature Climate Change magazine, it was found that the impact of a lemming year in the biomass of field-layer vegetation is so huge that it actually can be revealed in satellite images. The impacts of lemmings during population peaks are significant and help other species to grow in number…
Thus, the lemmings became a self-evident subject. In these three canvases I worked the notion of border(lines) / boundaries (“grenser”) :

-  Borderlines of moral or ethical concerns : The cruel myth of the suicide march invented by Disney in White Wilderness (1958), pushing lemmings from a cliff, in fact committing a mass murder !
The myth of the nasty, stupid Troll : In Hallingtrollet it is saving lemmings from falling from the cliff…Who is the guilty troll and where is the troll within us who should take a stand?

- We seem to be surprised at the climates changes even if it should not come as a surprise to anyone. The consequences are seemingly without limits.
I wanted to create a symbolic confrontation between warmth (heat) and the cold; the South and the North, and I used sand coming from Sahara while I was painting in Leveld. 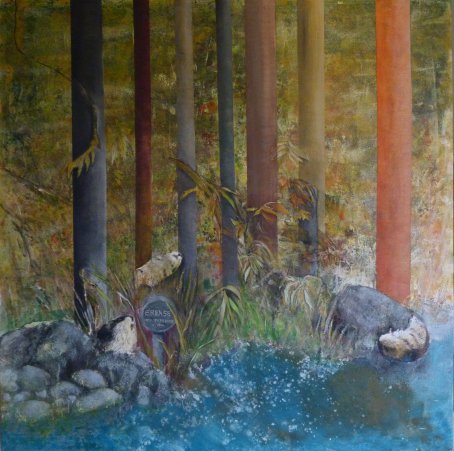 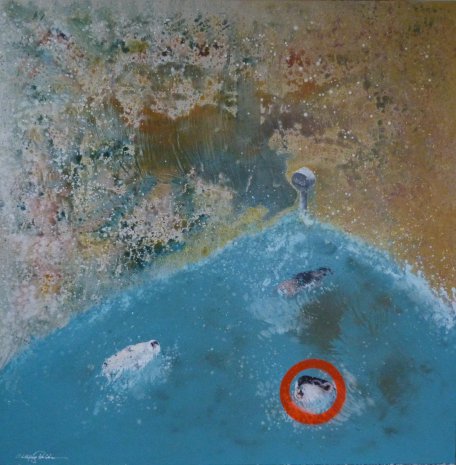 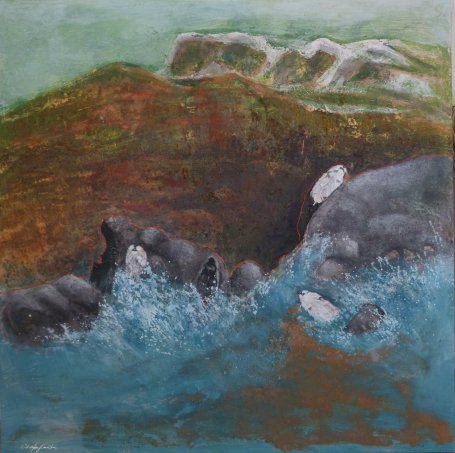